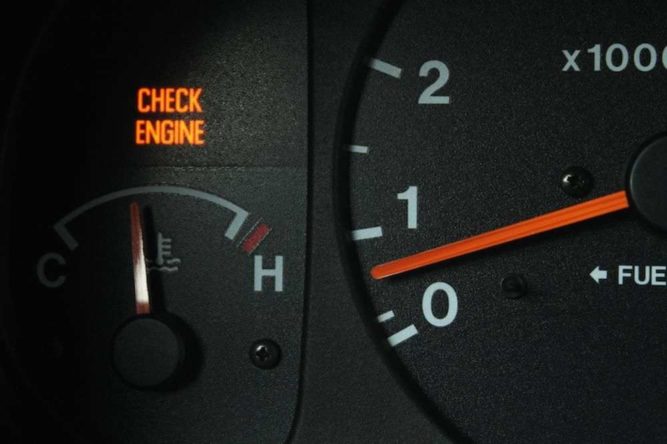 When check engine lights are scanned, a p0420 code is a very common result. It’s actually a generic code, meaning it can be thrown from any vehicle after 1996. Commonly, people think the p0420 code indicates that the oxygen sensors need to be replaced, but that’s definitely not always the case.

The engine’s fuel injection computer uses oxygen sensors to constantly fine-tune the amount of fuel injected into your engine. Your car will have at least two sensors, and as many as four (unless it’s more than 20 years or so old, in which case it may have only one or none at all). There’s one sensor right ahead of the catalytic converter. This sensor allows the engine computer to constantly adjust the amount of fuel sent to your engine, assuring proper combustion and the best performance and emissions. A second sensor is screwed into the exhaust pipe right past the catalytic converter. This sensor checks the performance of the catalytic converter, making sure it scrubs the last vestiges of pollution from your exhaust.

Oxygen sensors are only a part of a greater system, meaning if the p0420 code (or p0141, or p0135) is thrown, that doesn’t necessarily indicate the oxygen sensors need replacement. Rather, there could be something else in that system does that’s causing the oxygen sensors to appear faulty. This is actually the case with most check engine codes.

Common Causes of a p0420 Code (or Something Similar)

These are the common things; there are plenty of other, often obscure reasons why an O2 sensor codes might be set.

Now That You Have Some Background, Get to a Mechanic

A trouble code that points to an oxygen sensor (such as p0420, p0135, p0141, or others) is only the first step in your mechanic’s diagnosis of the problem. It turns out that most of the issues that set oxygen sensor codes are not a result of a bad sensor.

So, automatically screwing in a new sensor because there’s a sensor-related code is a big gamble. A good mechanic will always use those trouble codes simply as a starting point in his diagnosis. A good customer that’s done their research (you!) will ask for a diagnosis. Now you know why you shouldn’t just ask for quick replacement of the first part a check engine code points to.

Need a trustworthy mechanic? Look no further than Openbay. Compare pricing, ratings and reviews from top mechanics in your area online in minutes.