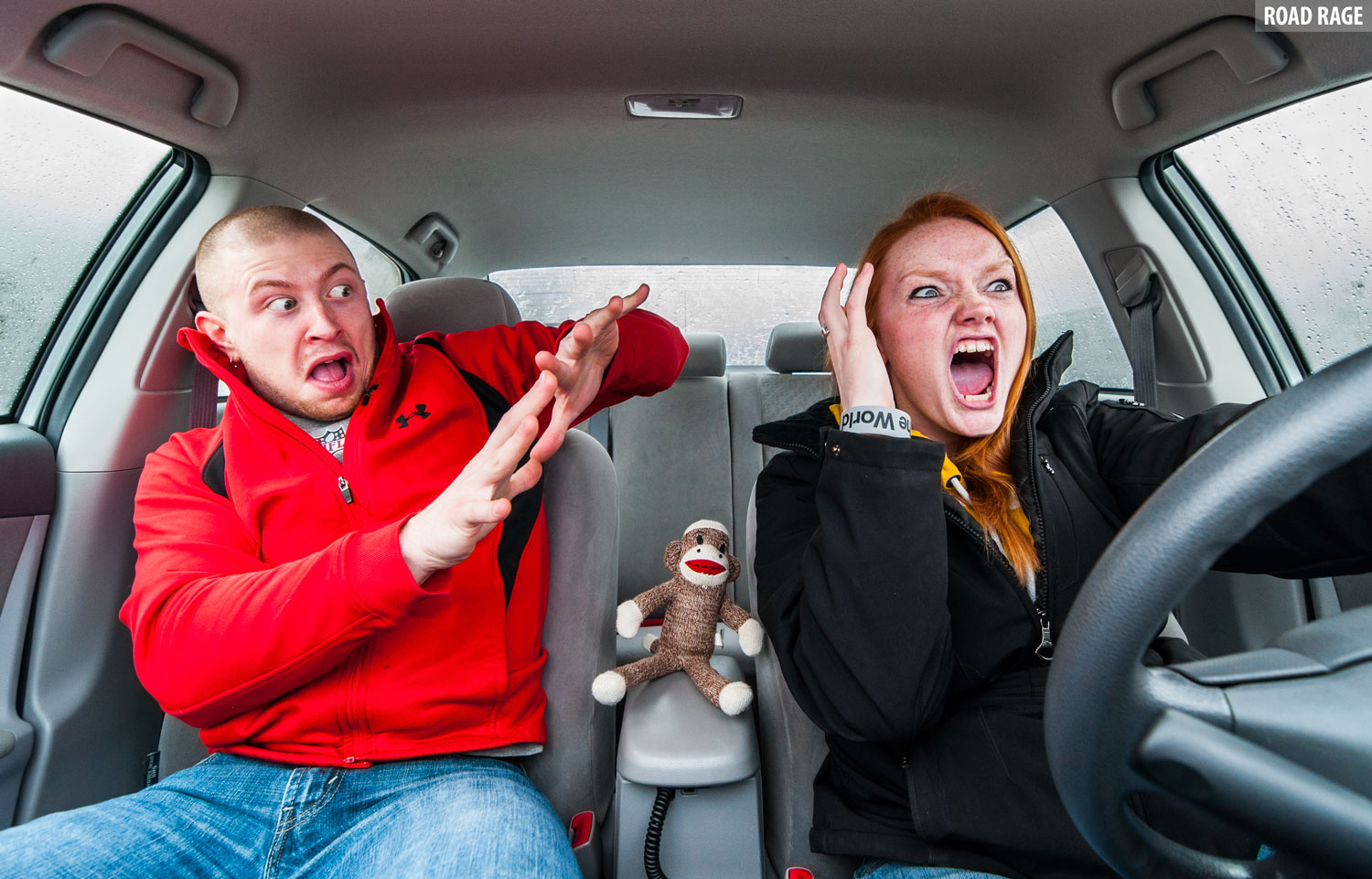 We’ve all been there: You’re driving along, going about your own business, when some lousy driver cuts you off. The near miss is enough to send your blood pressure rocketing into the danger zone and foul language spilling from your mouth. For some people, the urge to take further action to “even the score” becomes almost overwhelming. If you’ve ever experienced this before, you’ve fallen victim to an all-too prevalent syndrome known as “road rage.”
What you might not know is that road rage is a killer. According to statistics gathered by the AAA Foundation, some 1,500 people a year are injured or killed as a direct result of people taking matters too far and getting into altercations resulting from road rage. Of the approximate 6,800,000 accidents that take place in the U.S. every year, the National Highway Traffic Safety Administration says a significant percentage of these are caused by aggressive driving. If you don’t want to become one of those statistics, you may want to consider taking steps now to better educate yourself on ways of diffusing your inner time-bomb. Here are five steps to do just that.
Steer clear of dangerous or aggressive drivers. It takes two to tango. Likewise, it takes two to start a fight. Unfortunately, one big mistake a lot of drivers make is to match the behavior of the offending driver. If someone cuts you off, don’t speed up to return the favor. Let them go about their way so that you can go about yours.
Don’t make eye contact. If you’ve just been in a near accident with another driver and their reaction is to lean out the window and shout obscenities at you or gesticulate wildly with their arms, the best thing you can do is to avoid engaging them. Doing so will only make matters worse.
Try to keep a cool head. It’s tough to not react when someone else has put you in danger through their actions on the road. But it’s crucial that you do everything in your power to not let your emotions or your temper get the better of you when you’re behind the wheel of a car. If you have to, find a safe spot to pull over and calm down. Removing yourself from the situation both physically and mentally can do wonders at calming you down so you don’t end up getting into fisticuffs over what was probably an innocent mistake.
Keep your hands on the wheel. This means resisting the temptation to blow your horn or wave your arms in frustration. Of course, these reactions are natural in many people. But recognize that the other driver may take either of these as a sign of aggression to which they may react violently.
Don’t be an instigator. Often times, we unintentionally do things that royally tick off other drivers and could cause us to become the target of someone else’s rage. What might seem perfectly innocuous to you could seem dangerous to others and incite serious anger. For this reason, always be courteous on the road – avoid tailgating; stay right except when passing; use your turn signal, and avoid cutting off other drivers.
The fact is, you’re bound to encounter other drivers on the road whose actions – either purposeful or unintentional – could send you into a fit of rage. Taking some of the steps outlined above will help you better deal when those situations arise.

May 29, 2014openbay
Top Apps for Your Memorial Day Road TripCar Fluids You Need to Stay on Top Of